We had 3 families arrive yesterday and they are settled into their new homes. Another family came to check things out and returned to Fredericton to make their decision.

Watch the CBC news from last night, our story starts at the 5:20 mark 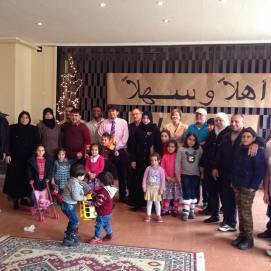 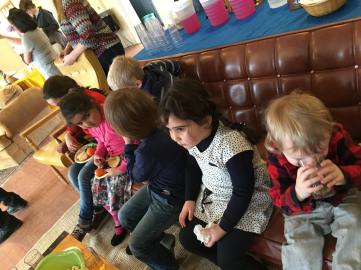 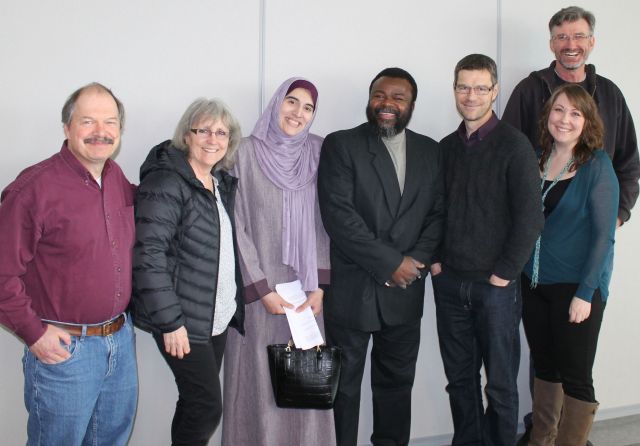 We do not have any major items requiring a meeting until we get word on the arrival of our first family. So we felt it best to defer this meeting until issues arise that require our group attention. Additionally, it is March break and some people felt attendance would be low.

Wow ! Congratulations and thanks to the many people who worked so long on this major effort ! Results are a net gain of $4,230.50, a big boost that puts our fund close to $45,000 ! Well done ! Community attendance was about 115, an excellent dance turnout we are told,  and everything went very well.

A meeting with Karen was achieved on Tuesday noon on short notice but she was fully updated on our situation and the concerns about the lack of families being posted for uptake by BVOR groups like ours. She is aware that many NB groups are waiting for families under the BVOR Program while thousands of refugees are being housed in hotels at great expense. We expect to hear back from her efforts in about a week and will update everyone.

Spoke with Paul who is our contact at the Atlantic Baptist Convention, the Sponsorship Agreement Holder group we work through, and Paul has no word on when postings of families may resume.

When asked about all the families in hotels in Saint John under the Government Sponsorship Program ( GSP) , as distinct from the BVOR ( Blended Visa Office Referral)  Program we come under, Paul advised he would explore the possibility of getting families from the GSP as was done just recently in Sussex. What is unclear is the funding formula for these families. Taking a family parked in a hotel under the GSP may mean we do not get the $5,000 to $10,000 per family subsidy available under the BVOR Program.

Once we hear from Paul whether this is possible AND we sort out the subsidy issues, there may be need for a group meeting to make a decision about this other option. First we need to fully understand the plan and the finances and we also need to hear back from Karen Ludwig. Estimating a week or more before we have sufficient information on which to make a decision.

Here are two announcements from Don & Tom, our beloved “co-chairs” ….

Posted on January 22, 2016 by scvmissions
UPDATE ON FAMILY REQUEST TIMING
The date to request our refugee family has been moved to January 29th (tenatively) for a couple of reasons.


We will keep you posted on these developments.

The Bank of Nova Scotia is holding a fundraiser for us.  They are having a Valentine’s Day Cupcake Sale on Friday, February 12th from 10 – 2:30 in the bank.  We need:

“Want an easy way to help raise money for our Refugee Family?  We need volunteers to make Valentine’s Day themed cupcakes!  The event is taking place on Friday, February 12th at the Bank of Nova Scotia.

Anyone interested in getting creative, please contact Sheila Brooks and she will give you the details regarding a contact person and when/where to drop off your tasty treats.  sheilabrooks51@gmail.com “

Posted on January 20, 2016 by scvmissions
TO:  SAINT CROIX VINEYARD & FRIENDS REFUGEE COMMITTEE
RE:  REFUGEE HOUSING
After much deliberation and visitation of a number of housing options, the Refugee Housing Committee has decided to rent apartment #3 , 45 Union Street, St Stephen (Todd Hall).
Geordie & Kathy Hull, members of our Vineyard Community, have recently purchased the property and are presently renovating the building one apartment at a time. Apartment #3 is next on the list, and we have offered to lend them a hand in preparing it for our future newcomers.
Gary Soucoup has been hired to manage the renovation which will begin today.
Target deadline for completion is January 31.
If any of you would be able to volunteer, that would be so appreciated:)
Jobs include:
To help with the renovation,
please email, phone or text Gary directly
with details of your availability, skill set and contact information.
You can contact Gary via:
You will be notified to help as needed.
It is exciting to see all our efforts moving us closer to welcoming a new family to St Stephen!
Please pray for safety and unity as we work together on this most worthwhile project.

Pray as well for the family as the work is done, that they will settle into their new home with grace and ease,

Ways to Give towards SCV Refugee Sponsorship

The “St Croix Vineyard Church & Friends” refugee sponsorship group is actively working towards sponsoring one family of four to six persons and then will consider additional families depending on fundraising results and community support.

Donations are deductible for tax purposes and 100% of funds raised are used for the refugee project.

You can donate directly online by clicking through the ‘donate’ tab in the top bar of the home page on scvine.com Please make a note for it to be directed towards ‘Syrian refugees sponsorship’.

You can also give by putting your contribution in the basket at SCV, again write on it that is for ‘Syrian refugees’ and include your contact information if you would like to have a tax receipt.

Phone Lorna at 466-1781 or email lornajones@ssu.ca for information on e-transfers or other questions about donations.

We will be collecting new and ‘nearly new’ furniture, appliances and household items. If you want to know more about this, please call Mary Ellen at 466-5725 or email mefitch@gmail.com

Continue to stay updated by visiting our Facebook page or signing up for our weekly updates, click on ’email updates’ in the top bar at scvine.com